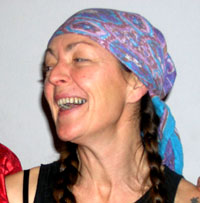 There has been activity. Magdalena Aotearoa has been planning to bring Geddy Aniksdal from the Magdalena Project to NZ. And we are delighted to announce this is now confirmed. Geddy will be in Auckland and Wellington in February 2015.

Lars Vik is also coming, who along with Geddy will perform and lead workshops. They are coming from Norway, co-funded by Grenland Friteater, Wellington City Council and us.