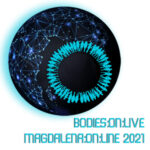 AT:HOME:LIVE – Magdalena Online (3/22/2021) - The international Magdalena Project is holding monthly online gatherings as a way to nurture the network during this time when physical festivals are impossible.

Jo Randerson Honoured (2/4/2021) - Congratulations to Jo Randerson, who has been named an Officer of the New Zealand Order of Merit, for services to the performing arts.

Hens’ Teeth Documentary (1/8/2021) - The new Hen's Teeth documentary will be show at a fundraising event on 28 January 2021 at the Roxy Cinema in Miramar, Wellington.

‘Voices of Women’ album released (8/6/2020) - "Voices of Women" is an album of new, quality NZ music, featuring leading NZ female musicians singing the words of some of NZ’s most well-known female leaders, writers and activists including, of course, Kate Sheppard, and our current Prime Minister.

Spoken word at a BLM rally in Auckland (6/23/2020) - At a Black Lives Matter rally in Aotearoa New Zealand last week this group Ngā Hinepūkōrero were captured on video in powerful, intelligent spoken word, in a piece about voice.

Magdalena makes history (9/2/2019) - Magdalena Aotearoa has made it into the pages of the official New Zealand History website, with a very nice article written by Cherie Jacobson. The article traces our journey from the very beginning, through the organisation and realisation of our International Festival of Women's Performance, and our ongoing activities up to the present day.
Men taking up space again … (3/14/2019) - It's great that currently there is increased discussion around the representation of women and minority groups in theatre, both in New Zealand and internationally. What's not so great is when men, however well intentioned, think they can make a useful contribution to the discussion but instead end up providing a great example of the problem.